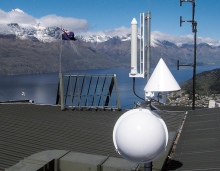 The most widespread principle for obtaining an overview over the airspace situation is currently secondary radar. The ground-based radar sends 1030MHz interrogation pulses and the transponder on board the aircraft responds to this interrogation at 1090MHz. From the time between sending and receiving the interrogation/responds, from rotation of the radar antenna and from modes (A/C/ S), a complete overview of the current air situation is obtained.

The principle of secondary radar is known since World War II and despite the undeniable efficiency, quality and worldwide expansion, it is necessary to think over the successor of this technology. Secondary radar is expensive to operate and install, has limited technical development and expansion capabilities in ever-growing airspace, and has also limits in coverage and capacity of served aircraft.

It is unrealistic to replace new concepts in the field of air traffic management in one moment so the concept of the airspace overview is based on the currently established secondary radar principle, but attempts to leave the radar itself in the chain (the most expensive and the most complicated element). It would only be replaced by ground receivers that would monitor the incoming signals from individual planes.

In the future we are considering replacing SSR with these systems: 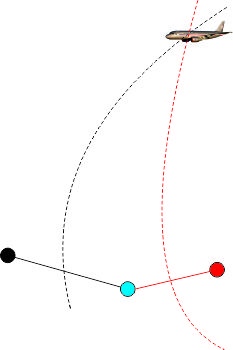 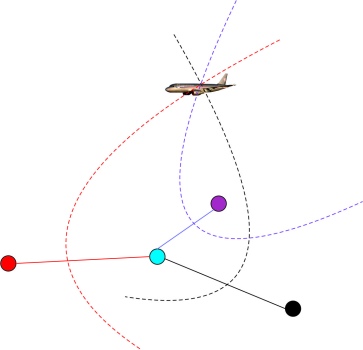 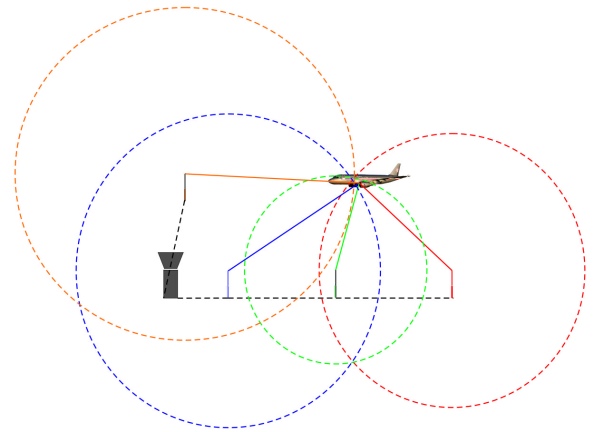 The MLAT abbreviation covers the concept of multilateration, which is based on the principle of TDOA - the difference in the time of incoming identification signals (response to SSR, IFF – friend/foe, ADS-B) on individual receiving sensors in a ground network.

The principle of hyperbolic navigation, which was already used in the LORAN-C system, was based on TDOA (time difference of arrival). It measures the difference in time of incoming signals from a network of terrestrial, time-synchronized transmitters. Since the transmitters are not in the same position, the signal that arrives at the receiver will arrive at different times. From the difference in time and the known velocity of electromagnetic waves in the space, we calculate the hyperbole to which the target must be located. The problem is that we can be found in any point of hyperbola. To determine the position exactly we need to add a second pair of transmitters, its hyperbola calculation accurately determines the location of the target (see video below). 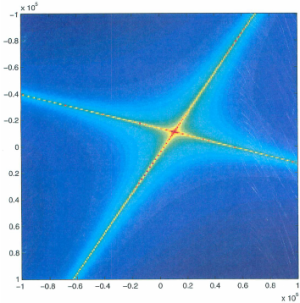 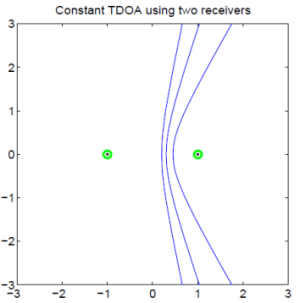 Multilateration is based on the same principle, except that the transmitters are located on board the aircraft which transmit a signal and on the ground is a network of time synchronized receivers.

On the ground network of receivers with a known and unchanging position, signals from onboard transmitters are receiver with different time and from them is calculated position of an aircraft. If we only have two terrestrial receivers, we get ambiguous position information. By adding the third receiver, we get a 2D target position (see Figure 1 above) and for the 3D positioning we have to have 4 or more receivers (see Figure 2 above).

TDOA is the most accurate and most straightforward method of target detection. The biggest weakness of the system is failure in the time synchronization of ground receivers because the time error of 1us causes an error in the order of meters.

The Czech/Czechoslovak Republic also play an important role in the field of multilateration/passive surveillance systems. The team around the scientist Doc. Ing. Vlastimila Pecha, CSc led a research project in passive surveillance systems since the 1950s and we are still benefiting from his work even today. Among the most famous products are PSS KOPÁČ, TAMARA, RAMONA and finally VERA. For example, civilian version of PSS Věra is currently used at Ostrava-Mošnov airport and company ERA Pardubice develops a "classical" MLAT system.

Use of MLAT in the A-SMGCS (Advanced Surface Movement Guidance and Control System). (Copenhagen Airport, taken from http://www.multilateration.com/applications/surface.html)) 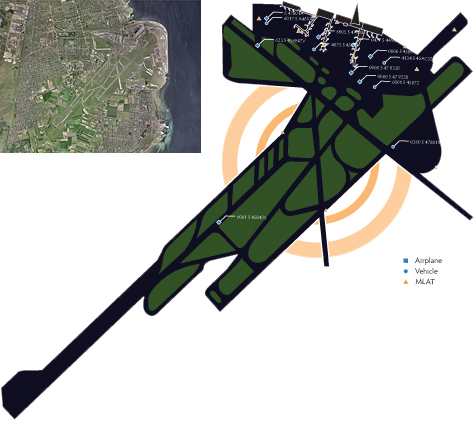 This principle should replace ground surface radar (SMR), which is limited by obstacles in airport area (hangars, buildings) or in a heavy rainfall. By correctly distributing the MLAT receivers, these disadvantages could be removed.

2. Overview over the TMA air situation

The MLAT based sensor network eliminates some significant disadvantages of "classical" secondary radar. Secondary radar is inefficient in mountain area. It is not possible for radar to “see” behind the mountains and to build a radar network in such terrain would be very non-economical. MLAT solve those problems for example at the above-mentioned Ostrava-Mošnov airport, which is surrounded by mountains and below the FL60 is not covered by radar. 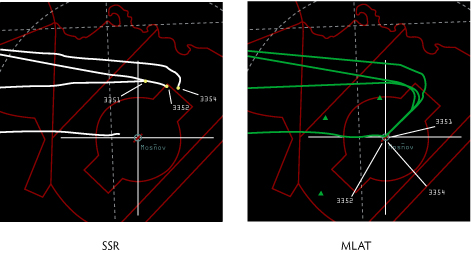 After implementing RVSM (reduced vertical separation minimum) there is a need to have a system which will be controlling the proper operation of the RVSM on-board equipment.

Position measurements made by MLAT increases the capacity of landing planes on parallel runways.

WAM MLAT is not implemented yet worldwide but the future concepts of surveillance count with replacing current SSR. It is not happening now because of economic reasons but there are places where this concept is operated alongside with the SSR. An example is half of FIR Prague, where MLAT WAM is being built (the receiving stations will be within 100 km of distance).

The second example is Vaclav Havel Airport in Prague where is MLAT operated as the third full-featured sensor for obtaining airspace movements in addition to two SSRs. 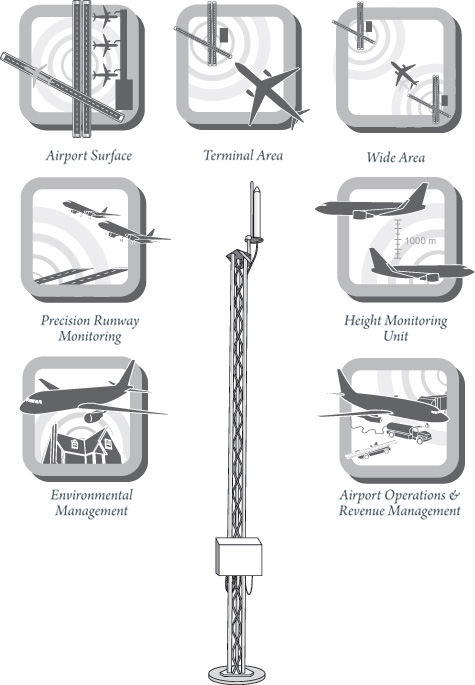 Multilateration uses a mathematical technique known as hyperbolic measurement in radionavigation, which has been used since the World War II. The example of the radionavigation system which uses this technique was the LORAN-C system.

Note: Difference between TOA and TDOA.

TOA - we have a land-based network of transmitters that are not time-synchronized, it's enough to know the exact position and timing of the signal transmission of each transmitter. By the difference between receiving and sending time we get a circle position. If we intersect 3 circles, we get the exact position in 2D space.

TDOA - The transmitter/receiver network must be synchronized in time. The receiver then evaluates the difference between the incoming signals.