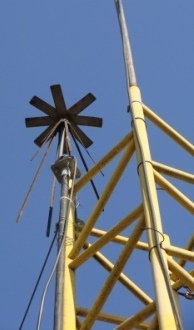 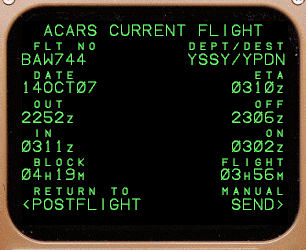 There are very well known hobbies as plane spotting or listening to air communication near to airport, but you can also try to decode ACARS messages, which gives you information about air traffic above you. ACARS messages are used in aviation to communicate business and operational messages, and thanks to computer software, we are able to decode them simply at home. In ACARS messages are coded information about the position of the aircraft or the number of passengers on board, etc., and are transmitted in the form of simple signals coded by FSK modulation between aircraft and ground stations, either by satellite or radio. More information can be found here.

ACARS is based on data communication and transmission of messages using FSK modulation. By changing the phase of transmitted signal is changed the code from "1" to "0" and vice versa. The message encoded in the form "1" and "0" is than transmitted at the carrier frequency in the 1st air band frequency to the ground / air station. In Europe, the data are transmitted at the main (primary) frequency 131.725 MHz, or at the backup 131.525 and 136.900 MHz

How to decode ACARS messages

Decoding these messages is nothing complicated but it’s not for free. If you want to try this kind of hobby, you will need to buy at least a basic air band scanner, which can be purchased around 80 e, a computer/laptop with a sound card, a jack/jack cable and the relevant software (free in the Internet).

I attach a couple of pictures as an example how practically looks the connection between radio and PC. The first thing is turning on a scanner or other kind of air band receiver and tuning it to the appropriate frequency. It is necessary to set the scanner so that it does not scan all the set channels, but it is fixed to the specific one - at 131.725 MHz. Squelch must be off (squelch = noise suppression, off = noise is audible), so noise must be heard. The volume on the receiver should be set to "middle". For better receive, it is better when the received signal is more subdued, but less "noisy". I use the YAESU FT-897 radio, which also receives the air band.

We plug the jack / jack cable into the headphone jack (in my case, I had to use the 6.3 to 3.5 mm reduction), which then leads to the PC / Notebook PC card. If we use a laptop, plug the cable into the microphone port. Next, set the volume for the microphone and voice recording (At WIN XP through the Start-Control Panels-Sound ..). We also set the microphone volume setting to "middle".

If you use a sound card in your PC, you need to plug the cable to the LINE-IN input and set the line record on your computer.

Programs and their launch

I have tried two programs that can decode ACARS messages – WACARS and ACARSD which are very widespread.

WACARS is a program which primarily translates ACARS messages into readable form. It can assign specific message to proper aircraft and can display the aircraft on a map background. The con is that there is no attached online database that would assign messages to specific photos of aircraft. ¨When setting up a map of Europe that you can download here, set (Options - map options ..) the following coordinates (for CZE): N 54.43, S 47.21, W 2.25, E 19.32. The program should then function normally. You can download the program here

On the contrary to WACARS, this program supports attaching databases, aircraft can be linked to specific photo and you can also share data about flight through server with the "community" of viewers. The disadvantage may be the lower message decoding capability when you set the program wrongly. I had a problem with this program because I was only able to receive few messages in hour, compared to the WACARS program, where the messages were received every minute. When installing, proceed as follows: In the downloaded folder (version 0.7) we open Setup and in the first tab we open Set folders, where we set the path and folders, so the resultant path can be C: / Program files / acarsd / logs. Without this setting, you cannot run the installation. You can download the program here 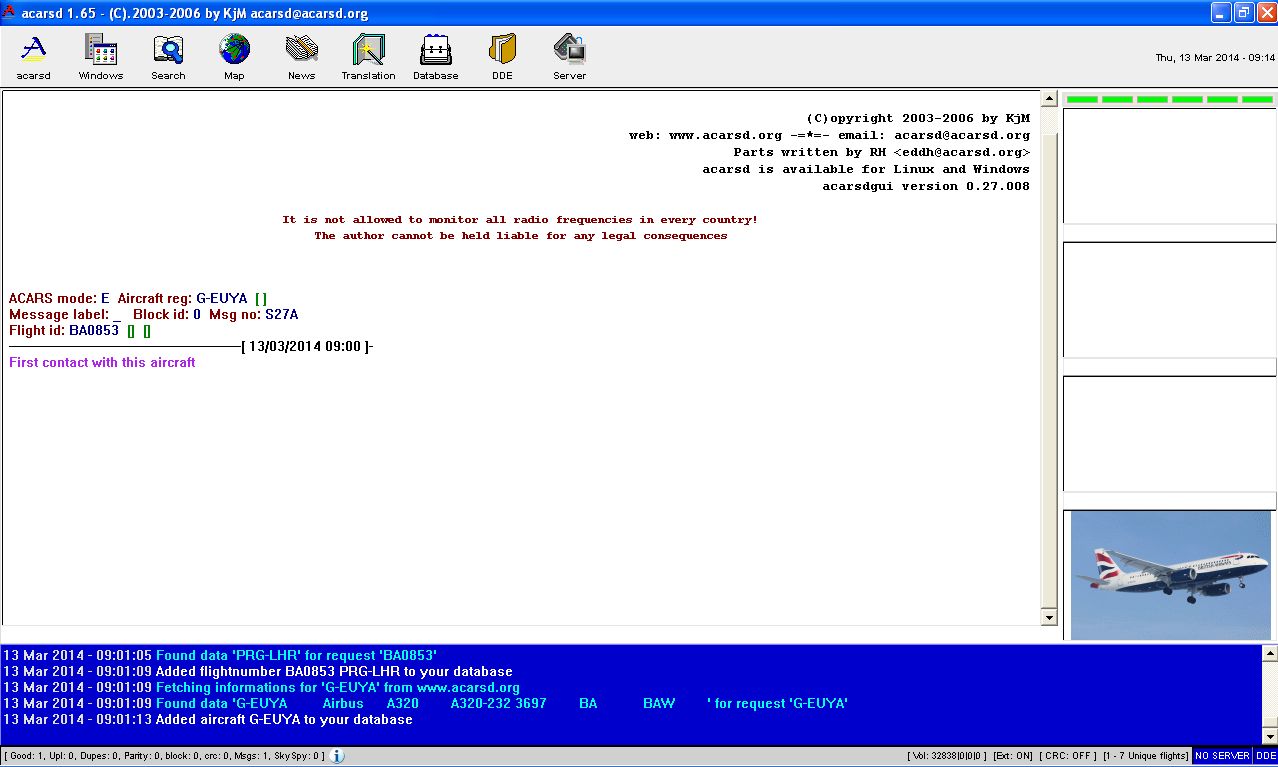 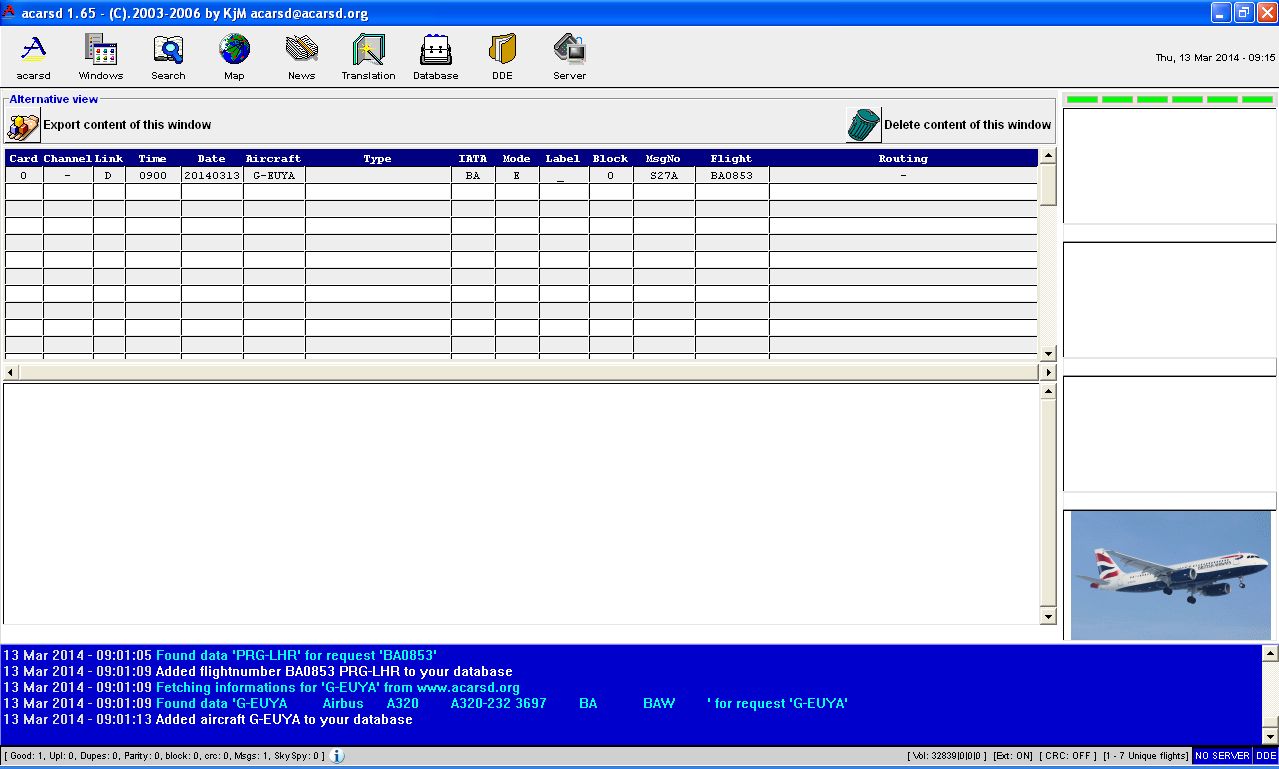