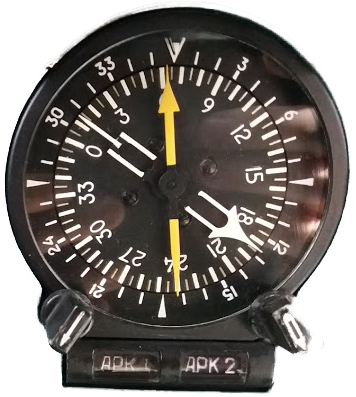 The NDB is a non-directional beacon which provides navigation data called bearing.

NDB works with a onboard device ADF (Automatic Direction Finder). 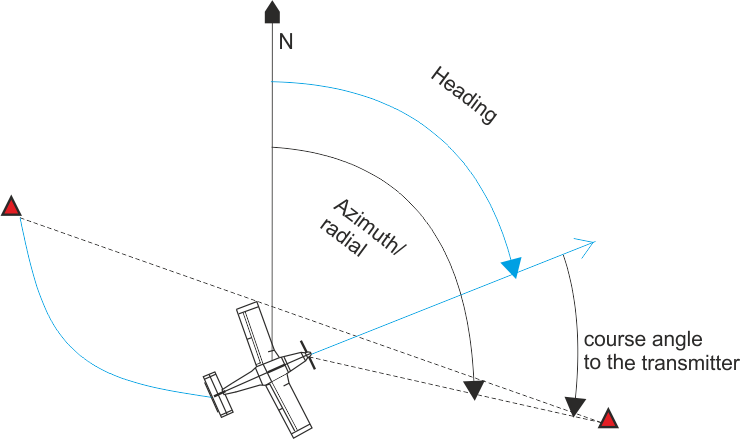 NDB can be divided by location where operates:

As described above, the NDB is used to designate a particular navigation point, either on flight paths or when approaching on landing.

When used for marking flight corridors, we can either use the "passive" method, when we direct ADF to NDB beacon and fly until we reach the beacon. The problem arises when we do not eliminate the dragging of the wind (we will reach NDB beacon, but in the worst case we can also arrive from the opposite side). The second option is an "active" flight, where we eliminate the drag of the wind comparing iformation from the ADF and the magnetic compass.

Determination of the position in the space (with an inaccuracy of ±5°!) is carried out by 2 NDB beacons, when we plot their bearing ±180° to the map and the intersections are within ±5° our position.

The last option is to use for landing, more precsisely only for instrument approach. Typically, NDB beacons are placed at 4 and 1 km along the extended runway axis.

In the future, NDB is not included in any concept due to high inaccuracies. Currently, civil/general aviation use NDB sporadically, especially for sports flying.

The advantage of NDB is the use of long/medium waves, thanks to which it is possible to provide signals even in hilly terrain and increase the range at low altitudes. It is then used, for its range, for navigation over the sea. A further advantage is the one-sided HORMON emergency radio connection.

The principle of NDB beacon is very simple. Basically, it is only a transmitter that transmits a carrier signal over the antenna (modulated by the NON A1A, NON A2A). The signal pattern is transformed into a toroid ("tyre")characteristics by antenna. The transmitted signal is then received by the ADF on the airplane and evaluated in the form of "bearing".

The ADF is a receiver on board of an aircraft, which, in cooperation with the NDB, evaluates and gives the radionavigation unit - bearing. ADF can work in two modes, in the "antenna" and "compass" modes. In the "antenna" mode, it is only the AM signal receiver (used to listen to the identification code of NDB or even the „classical“ FM radio), and in the "compass" mode it indicates the bearing.

The magnetic field induces the voltage in the windings of the antenna, from which the ADF evaluates the direction of the incoming signal. 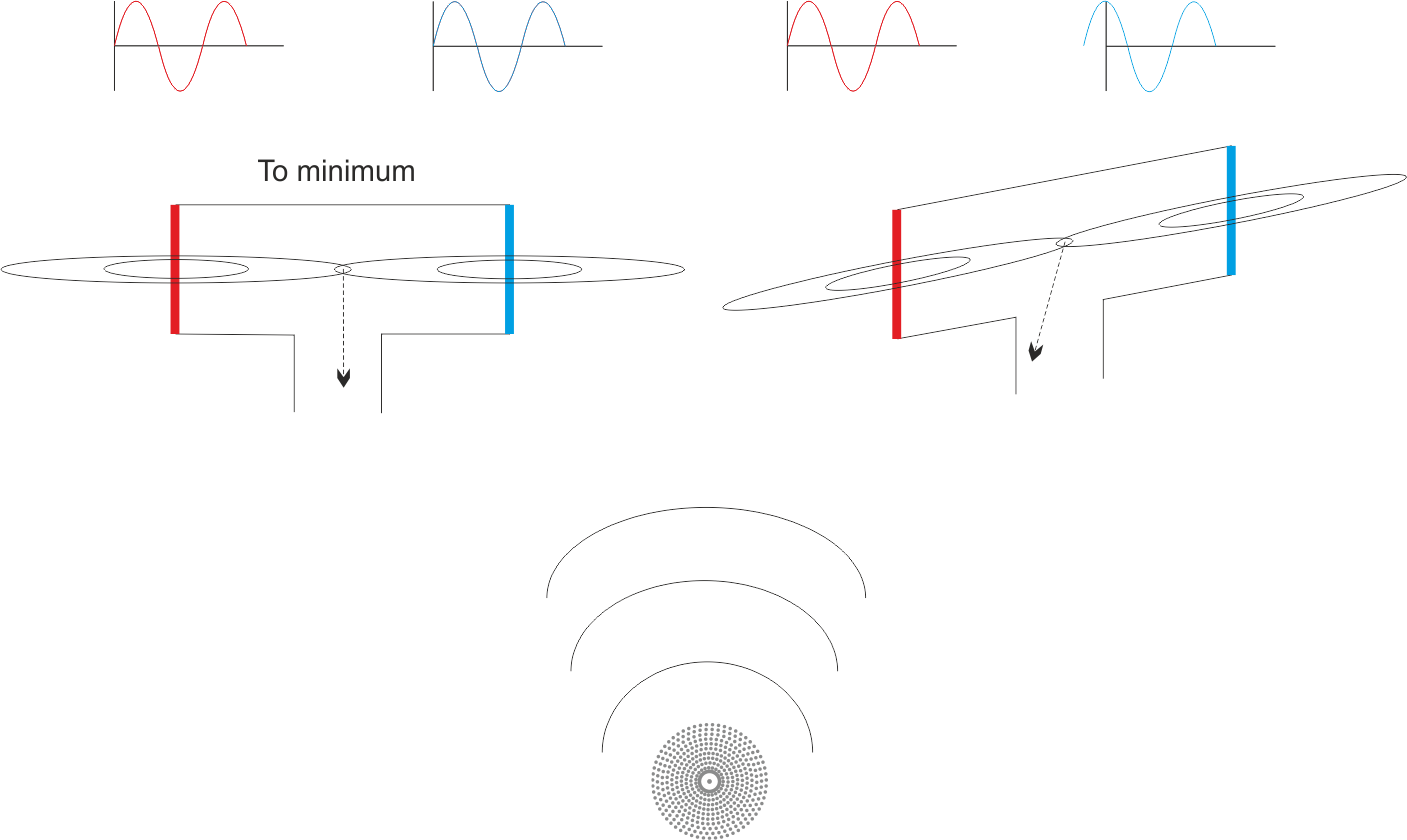 Since there may be ambiguity in the measurement (the minimum focus may be for two cases rotated by 180 °), the directional antenna is supplemented by the omnidirectional antenna. The resulting characteristic of the antennas is the so-called cardioid, which eliminates the ambiguity of the focus to a minimum. 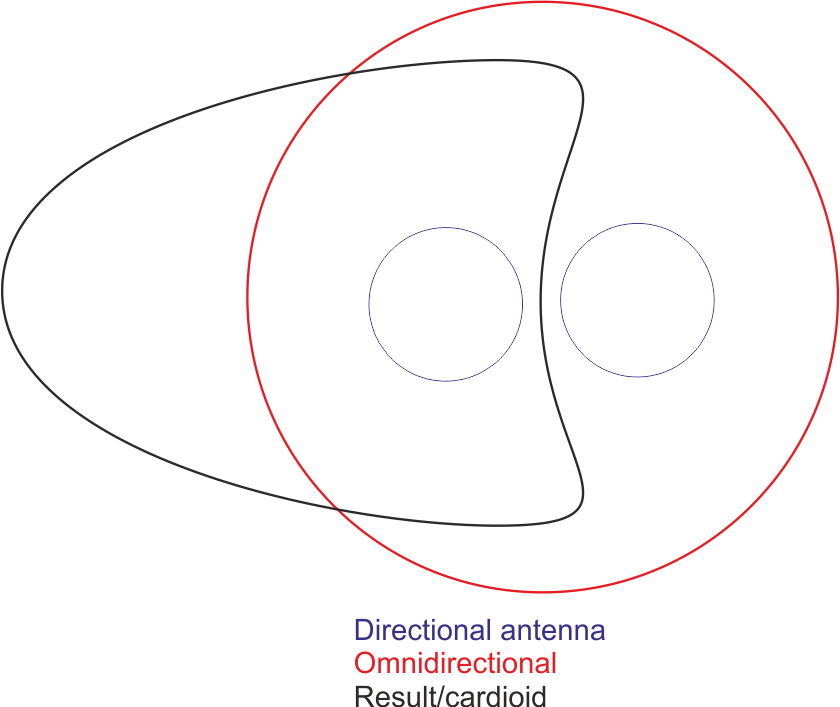 (With the use of non-automatic radio direction finders - DF - the navigator had to know the position in relation to the beacon because it had no antenna to eliminate ambiguity).

The use of the rotating antenna on modern aircraft is impractical, so a directional and omnidirectional antennas are used together in one "installation" located at the bottom of the aircraft. The bases are two perpendicular loop antennas that detect the incoming "direction" of electromagnetic waves. Furthermore, this system is made up of a goniometer whose central part is always trying to turn to minimums. Depending on which loops is signal detected, the voltage is induced on the respective coils, and the goniometer is going to focuse to the minimum. Of course there is also an omnidirectional antenna that performs the same function as the antenna described above. 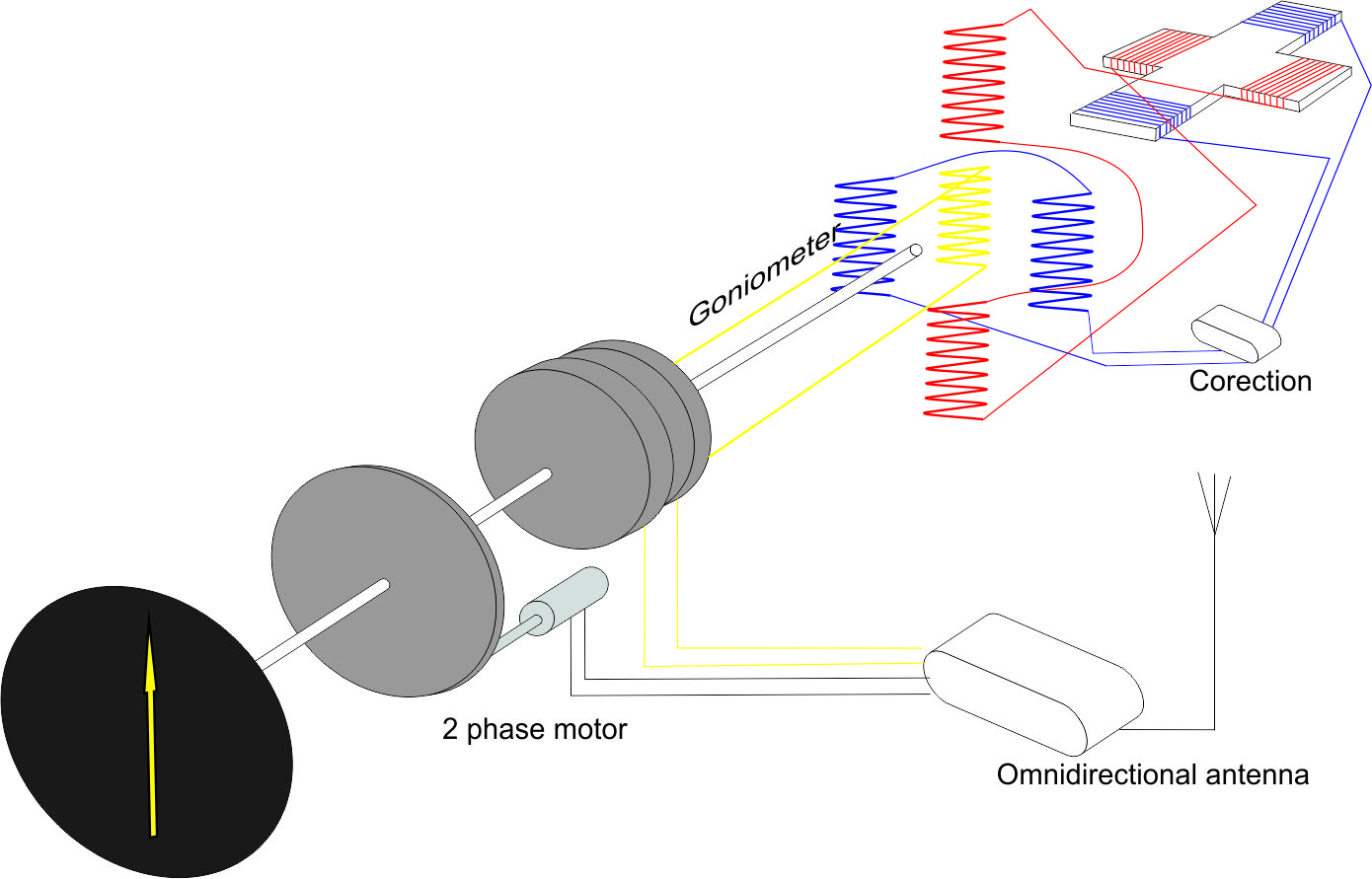 For NDB, "umbrella" (low power) and "T-antenna" (high power) are used depending on the radiated power. 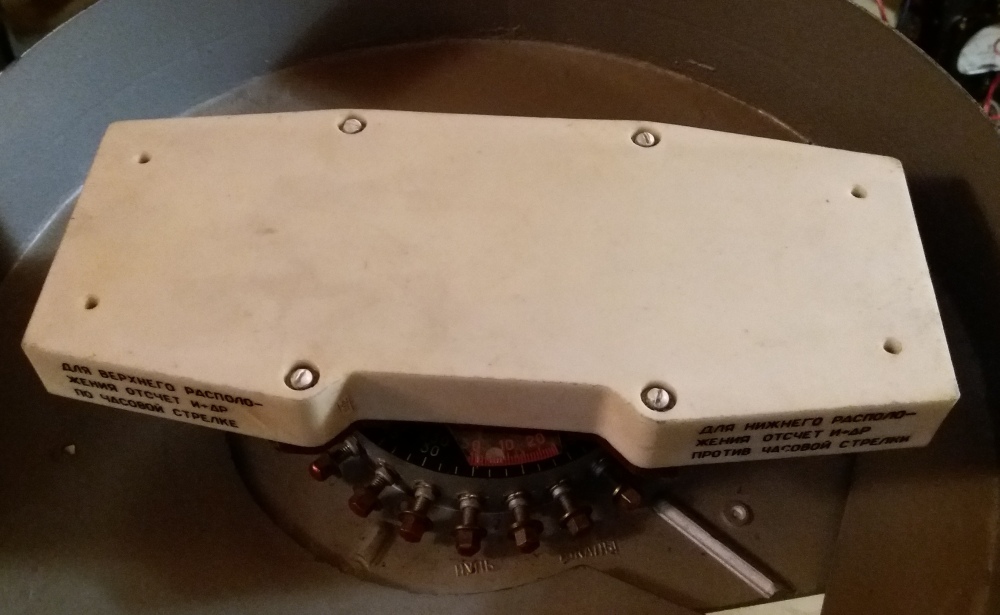 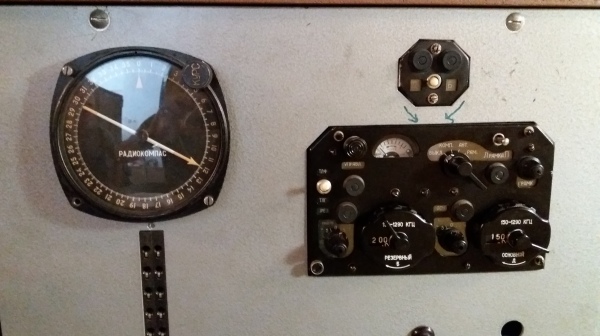 Note: The frame antenna, which has an operating frequency ratio only about 5-30%, is excellent for receiving low frequencies but poor for broadcasting. Such a "small" antenna has a maximum on the sides of the antenna. On the contrary, if the so-called "full" antenna is used, these maxims are in the middle. ADF uses a "small" antenna (good reception, maximum at the sides). 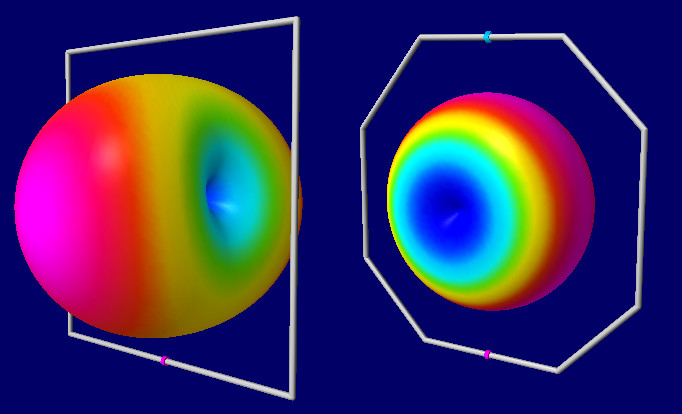