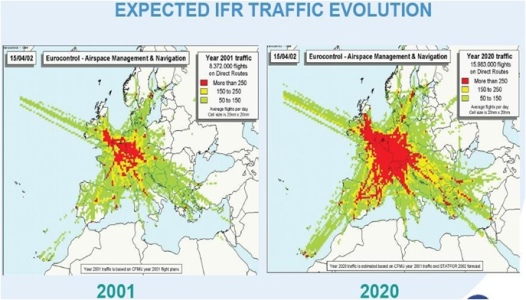 In the world of air transport, new concepts and systems are not replacing the old one abruptly, but it is an effort to replace them slowly with the use of existing systems. This is also the case in the field of datalinks - the current datalinks use the frequencies in the 1st air band, which is used for voice communication between the crew of the aircraft and ATC. We are just using the present voice system enlarged for data communication. 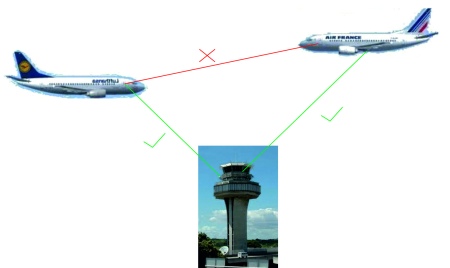 A pioneer and the most widely used datalink (up to 14000 aircraft) was ACARS (aircraft communications addressing and reporting system). This datalink works with MSK modulation in the 129-137 MHz frequency band and is mainly used for ATC messages, airline traffic reports and maintenance messages (engine status, etc.). The pictures below show the ACARS control panel on the aircraft and the "waterfall" of the ACARS signal. 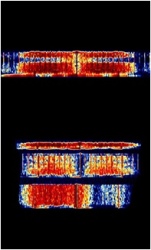 If you want to try to catch ACARS messages by yourself, look here.

The successor of ACARS is VDL2 (VHF datalink) that works with D8PSK modulation in the 117,975-137 MHz frequency band, and offers higher data rates and data transfer rates than ACARS. The pictures below show the VDL2 signal coverage map and VDL2 ‘waterfall’. 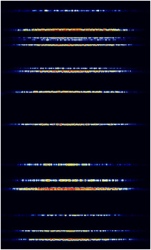 As you can see in the picture of VDL signal coverage (map above), global coverage is not guaranteed. This is due to the physical parameters of the VHF signal radiation and also by the fact that the VHF station network is not widespread worldwide. For this reason, the datalinks mentioned above are complemented by HF DL, which covers the territories of China, Africa, Siberia, oceans, poles, etc. HF DL is a datalink that operates on the KV band frequency (2.9-22 MHz) and with PSK modulation. This system complements VDL, but the problem is in the radiation of HF waves, which is dependent on the season and day time (propagation of HF waves is dependent on reflections from the ionosphere). 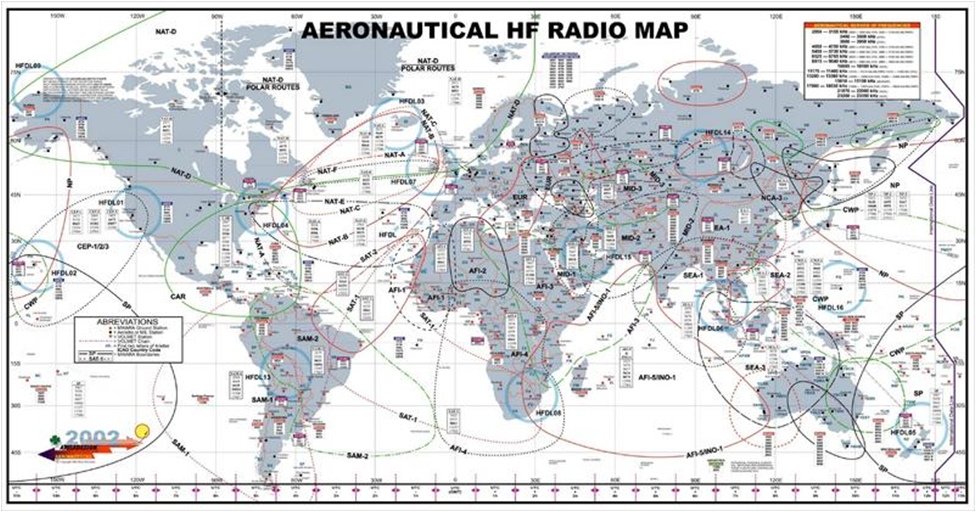 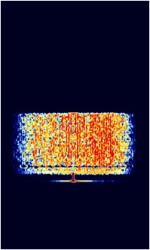 Due to the above mentioned negative physical attributes of the HF connection, SATCOM satellite connection is used as the other / main communication channel (mainly for voice and data), which also covers certain areas of interest. The map below shows complete coverage ofs all kinds of datalinks. 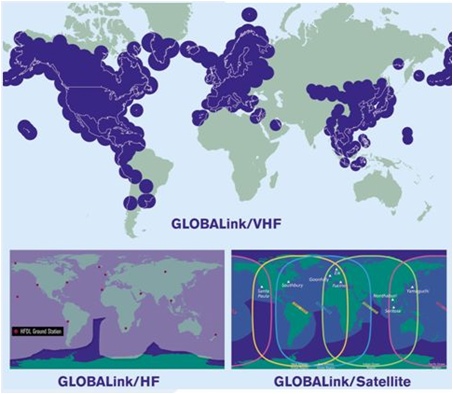